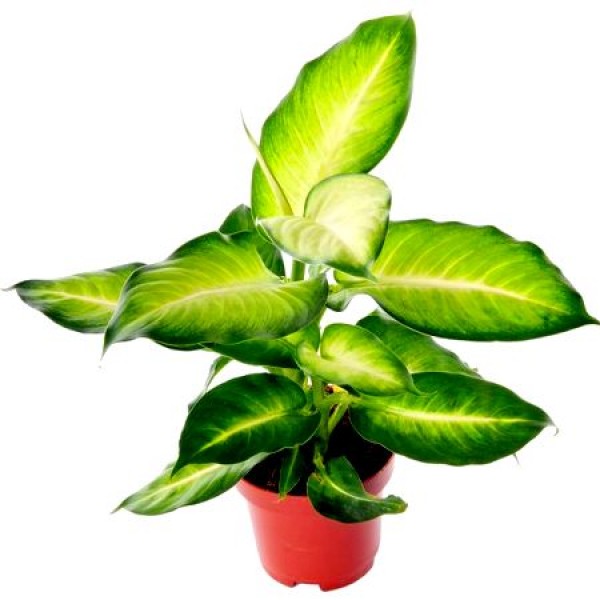 The large and showy dieffenbachia can be the perfect living decoration for the home or office. When you learn how to care for a dieffenbachia plant, you’ll find it to be adaptable to different kinds of lighting and conditions in which you might not expect a dieffenbachia houseplant to grow.

Other problems with dieffenbachia plant may be created by improper lighting. When growing dieffenbachia, most varieties do best in a filtered light situation, where bright to moderate light shines through a sheer curtain or other filtering window cover. Filtered light is particularly important in the spring and summer, when the dieffenbachia houseplant is producing new, tender leaves that are subject to sunburn if the light is too bright or shines directly on the plant.

Rotate the dieffenbachia houseplant regularly to provide adequate light to all sides of the plant and prevent it from reaching toward the light on one side. When growing dumbcane dieffenbachia of various cultivars, check light requirements for the particular plant. Some dieffenbachia plants require low filtered light. Most cultivars do fine with a low light environment; however, growth is slower or stops, but the plant will remain healthy and attractive.

When growing dumbcane dieffenbachia, fertilize twice a month to encourage growth and a healthy plant. A houseplant food high in nitrogen can be applied at half strength.