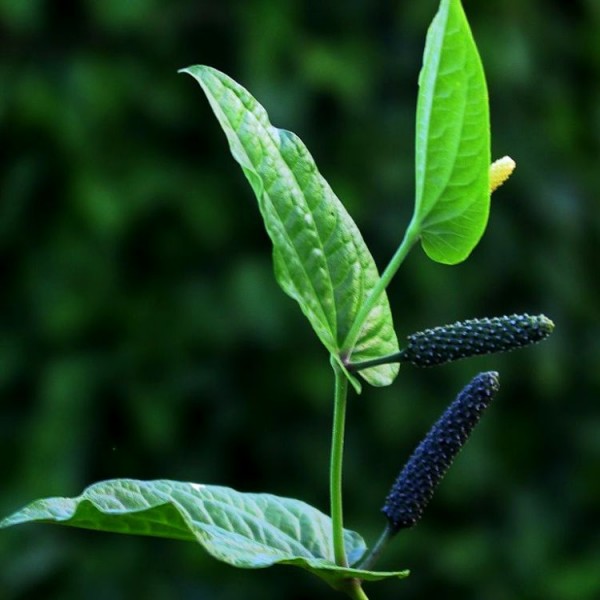 Long pepper (Piper longum), sometimes called Indian long pepper (pipli), is a flowering vine in the family Piperaceae, cultivated for its fruit, which is usually dried and used as a spice and seasoning. Long pepper has a taste similar to, but hotter than, that of its close relative Piper nigrum – from which black, green and white pepper are obtained.

The fruit of the pepper consists of many minuscule fruits – each about the size of a poppy seed – embedded in the surface of a flower spike that closely resembles a hazel tree catkin. Like Piper nigrum, the fruits contain the alkaloid piperine, which contributes to their pungency. Another species of long pepper, Piper retrofractum, is native to Java, Indonesia. The fruits of this plant are often confused with chili peppers, which belong to the genus Capsicum, originally from the Americas.