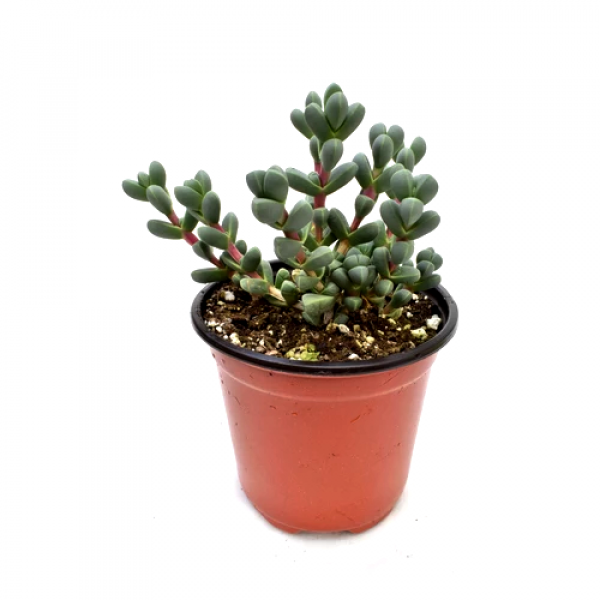 Corpuscularia lehmannii grows on quartzite outcrops in karroid vegetation, also in crevices of rocks. The species is threatened by invasive alien species, habitat loss, pollution and habitat degradation. Of the six locations known through herbarium records four are now locally extinct due to urban expansion of Port Elizabeth. Two remaining subpopulations are severely fragmented and continue to decline due to ongoing habitat loss. At one of the remaining locations near Coega the most part of this species' habitat has been lost to mining.

Corpuscularia lehmannii is a popular, compact, succulent plant with grey, fat but angular leaves, should give quite showy yellow-translucent flowers without too much of a struggle. C. lehmannii is larger than Corpuscularia taylori, which, however, flowers much more prolifically.

Habit: It is a densely leafy perennial plant forming cushion with a tap-root and some additional adventitious roots on sprawling, prostrate stems. All parts hairless.

Leaves: Two-edged, 3-angled. Leaves on long shoots to 4 cm long (mostly 20-25 mm long) and 8-10 mm broad and distant, keel oblique at first, tapping evenly towards the acute apex from above, more abruptly so from the side, each leaf with a developed 2-leaved short shoot in its axil, glaucous, not papillose. On short shoots the leaves are ovate to almost globose and nearly imbricate, 12-16 mm long, 6-8 mm broad and thick.

Flowers: c. 4 cm in diameter in a stalked, several-flowered cyme. Sepals 6. Petals white to straw-coloured translucent, decreasing in length to the centre.